Is Morocco about to conclude a new fisheries agreement with the EU ? 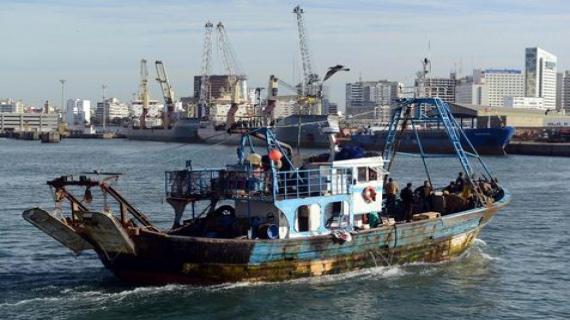 Obviously, Morocco is eager to conclude a new fisheries agreement with the European Union. This is confirmed through the announcement made on Wednesday 4th of October by the Secretary General of the Ministry of Fisheries, Zakia Driouich, at a meeting attended by Moroccan producers and their EU counterparts during the Conxemair Trade fair organized from the 3rd to the 5th of October in Vigo, a city in North Western Spain, as reported by La Voz de Galicia.

«We hope that negotiations will begin in two weeks», said Driouich. A step happily perceived by the Spanish officials. Spain is also one of the main countries to benefit from all the fisheries agreements concluded between Brussles and Rabat.

The latter is valid until June 2018 and is set to allow 126 Spanish trawlers, mostly Andalusian, to fish in the Moroccan territorial waters. Zakia Driouich’s statement was warmly welcomed by the Secretary General of the Spanish Department of Fisheries, Alberto Lopez Asenjo, adds the same source.

Unlike the previous occasions, the European Union will initiate discussion with Morocco to put an end to the obstacles put by the European Court of Justice’s verdict issued on the 21st of December 2016.

Last April, the European Commission was able to get the green light from the EU states to launch negotiations with Morocco in order to arrage agreements that would not intervene with the CJEU’s decision.

The announcement made by the Secretary General of the Ministry of Fisheries, in addition to the one of Spain, is considered as good news for Rabat. Beyond the financial compensation, the conclusion of another fisheries agreement is a political victory for the kingdom.

Last week, the Polisario sent a female delegation to Brussels demanding the signing of a trade agreement with the Front. A mission that failed to fulfill its objective.