The Polisario Front is suing Transavia 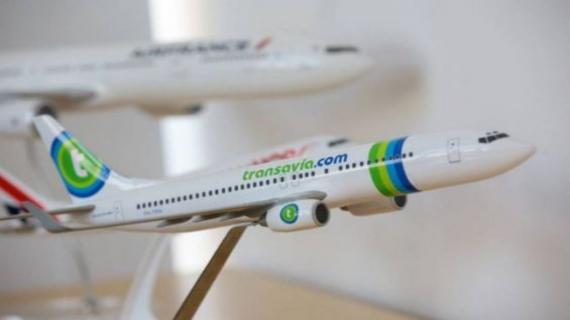 The Polisario Front is suing Transavia, a Dutch low-cost airline company owned by Air France-KLM,  for its new service linking Paris to Dakhla, a city that attracts tourists from all over the world, says Tour Mag, an online newspaper specialized in the field of Tourism.

After having connected in the past all of Casablanca, Marrakech, Agadir, Nador, Fez, Essaouira and Al Hoceima to different European cities, Transavia will launch on Thursday, 26th of October, its recently created route, linking Paris-Orly airport to Dakhla.

Consequently, the Polisario Front called for the ban of the service insisting that it is violating the ruling of the  Court of Justice of the European Union (CJEU) issued on the 21st of December 2016. And while the Transavia’s staff is packing for its first trip to Dakhla, the Dutch company will be handed on Wednesday 25th of October, a summons to court, namely the one located in Creteil, a commune near Paris.

Contacted by Tour Mag, the airline, which has signed an agreement with Morocco, said it was granted the necessary authorizations. «Transavia is a private company which has obtained authorizations from the administrative authorities of the civil aviation in charge», the company argued.

«The complaint cannot affect the launch of the line, but we want to clarify that the company is violating the law as stated by the Court of Justice of the European Union in its ruling issued on December 21st 2016» declared Me Gilles Devers, the lawyer of the Polisario Front.  In fact, on the 21st of December 2016, the separatist movement rendered its appeals decision in the case C-104/16 P Council v. Front Polisario cancelling an agriculture free trade agreement signed between Morocco and the European Union.

Will the Polisario sue McDonald's ?

The European court made a distinction between Morocco and Western Sahara and thus prohibited any economic activity that doesn’t take into consideration the prior agreement of all entities. Based on the ruling, the separatist movement argues that it should have been contacted to authorize the new route. «We have not been asked for our authorization, so we are calling for the ban of the line and a 400,000- Euro fine for damages,» said Devers.

«It's a shame, because the positioning of the Polisario Front is clear : we are for the development of the territory,» says the lawyer. «Every European company that comes to do business here knows what to expect. It's a very pro-Moroccan case».