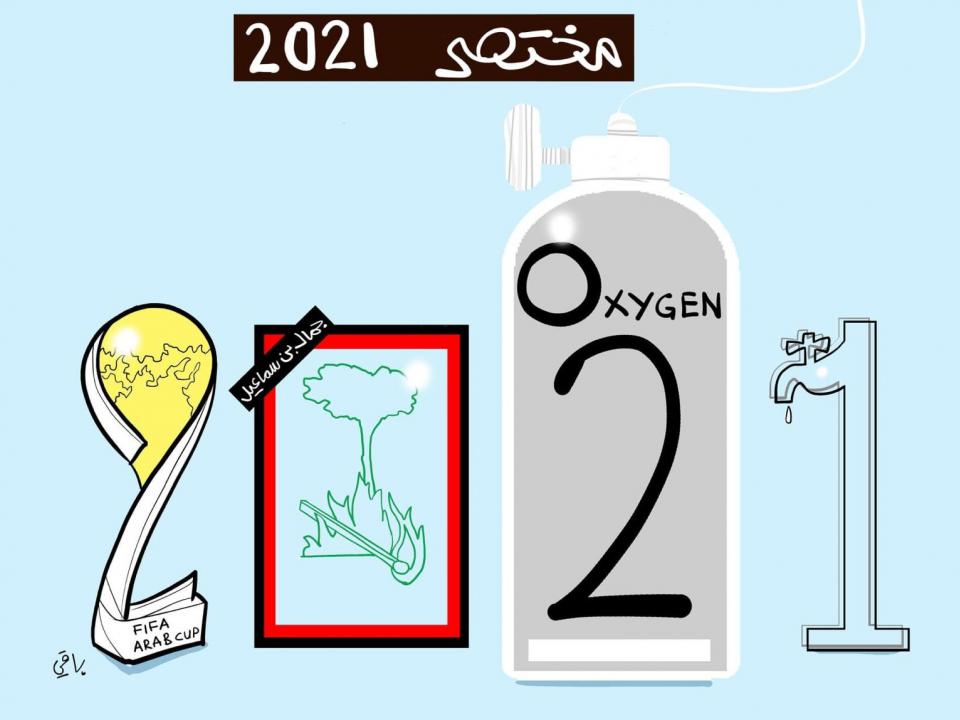 Algerians from all walks of life continued to suffer in 2021 from acute shortage of bread, milk, cooking oil, potatoes, sugar, pasta, oxygen for covid-19 patients and ICU beds, while their rulers are squandering the country’s petrodollars on military expenditure.

Such explosive social situation with deepening political crisis is fueling Hirak pro-democracy protestors demanding a change of the opaque political & military regime that has governed the country since independence.

In the past, the Algerian authorities used to absorb the burgeoning social discontents with a stick-and-carrot policy but today this policy is no longer working as it fails to address the people’s real problems and aspirations.

The popular anger and frustration sharpened following this year’s floods and deadly wildfires that ravaged Kabilia region, exposing the weak infrastructures of the OPEC-member country which has not one single fire-fighting plane despite its huge military arsenal.

Instead of shouldering their responsibilities and recognizing their failures and mismanagement, the Algerian rulers resort to conspiracy theories, blaming their neighboring Morocco for all their socioeconomic, political and diplomatic setbacks.

With unproven assertions and baseless accusations, the paranoid Algerian regime opened itself up to international ridicule with its lies made only to extend its survival, irrespective of the immense and ruinous long-term damage inflicted on the state.

As Morocco started emerging as an economic and military power shifting regional geostrategic balance, Algerian rulers feel threatened and escalated their hostility against Rabat. They cut diplomatic ties with it deepening their own international isolation, closed air space to Moroccan aircrafts and stopped supplying Europe with natural gas through the pipeline crossing Morocco.

The Algerian unilateral decisions had insignificant impacts on Morocco’s economy, while the Algerian blackmailing strategy and move to use gas supply as a weapon against Europe has backfired and triggered a widespread backlash across Europe.

The Algerian top brass have tried every trick in the book to counter Morocco’s growing regional influence but to no avail. To their great disappointment, the UN Security Council continues to support Morocco’s autonomy plan for the Sahara under its sovereignty, describing it as “serious and credible”.

Furthermore, the Biden administration has confirmed the American recognition of the Moroccanness of the Sahara despite Algeria’s intensive lobbying campaigns and affirmed that the Sahara conflict is an issue between Morocco and Algeria, without citing the polisario, leaving the Algerian junta flummoxed and speechless.

The U.S. stand deals a hard blow to the Algerian regime which spent billions of taxpayers’money on a lost cause as Washington, the penholder of the UN resolution on the Sahara, has recognized Algiers as the main party to this regional conflict.

After losing its regional and international luster, the Algerian regime tried to exploit the Palestinian cause for foreign political gains by granting Palestinian authority $100 million during the visit Palestinian president Mahmoud Abbas paid to Algiers early December.

In a bid to regain regional leverage, Algeria lent Tunisia $300 million, bringing up to $ 400 million the total amount of money disbursed by Algerian rulers in few weeks in return for support in their showdown engaged against Morocco, while Algerian people is in dire need of this financial assistance.

The Algerian rulers are using the same modus operandi with Mauritania ahead of the upcoming Arab League summit due in March in Algeria. A summit which Algiers intends to use as a battle ground in its war against its neighbor.

But the latest Arab League decision to adopt a unified map of the Arab world and the publishing on its official website of a map of all Arab countries showing Morocco’s undivided MAP, including the Sahara territory, and the strong support voiced by the Arab Gulf monarchies to Morocco’s sovereignty over its Sahara have knocked down Algerian regime, leaving it in compete disarray.