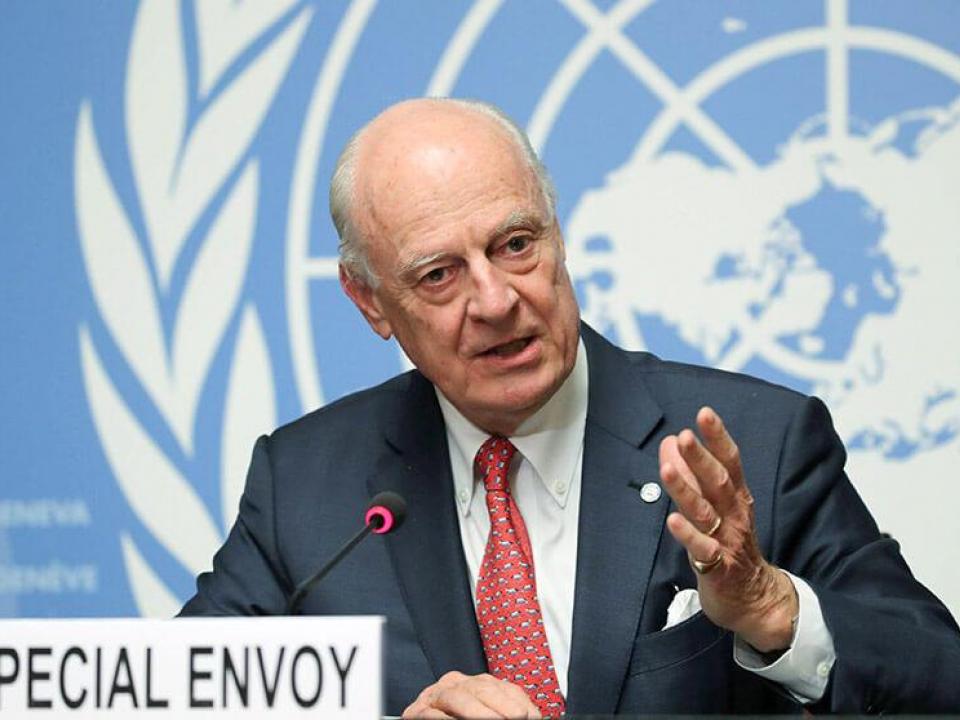 The newly appointed UN Secretary General envoy for the Sahara Staffan de Mistura has started his first visit to the region since taking the job. His main task will be to kickstart a stalled negotiation process in a context marked by Algeria’s warmongering and instigation of its Polisario proxies to violate the UN ceasefire agreement.

De Mistura’s visit takes place after Algeria announced its withdrawal from the negotiations table and rejected the latest UN Security Council resolution which called on all parties to work towards a mutually acceptable solution and described Morocco’s autonomy plan as serious and credible.

De Mistura’s visit is actually part of the implementation of Security Council resolution 2602 which called on all parties to the conflict to pursue the round table process in a spirit of realism and compromise with a view to achieving a realistic, feasible and lasting political solution.

Moroccan officials have reaffirmed on multiple occasions that no negotiations or round table process will take place without the participation of Algeria as the main party to the conflict.

And during the meeting held Thursday in Rabat between the UN Envoy and Foreign Minister Nasser Bourita, Morocco reaffirmed its willingness to negotiate a UN solution to the Sahara conflict on the basis of the autonomy platform provided Algeria takes part in round tables as a party.

Bourita recalled during the meeting that Morocco remains committed to finding a solution within the exclusive UN framework and on the basis of the autonomy plan while stressing the need for the participation of Algeria as a party to the round table process.

De Mistura and the world know that the Polisario is a puppet whose strings are pulled from Algiers by a military regime on the verge of collapse.

By portraying itself as an “observer” in the Sahara issue while arming and instigating the Polisario proxy to violate the ceasefire, Algeria is only showing the world that IT IS the genuine party to the artificial Sahara conflict.

Meanwhile, Morocco welcomed the latest UN resolution on the Sahara which stresses the primacy of the autonomy plan as serious and credible and calls on all parties to engage in the UN political process in good faith and to show a spirit of compromise in order to reach a mutually acceptable solution.

The resolution omitted any reference to the obsolete referendum option defended by Algeria and its proxies.

It also ignored the Algerian and Polisario propaganda aiming to draw attention by claiming that there is a war in the Sahara.

The balance of power has shifted and the fortified wall reduced Polisario provocations to mere set up showing militias funded and armed by rogue Algerian state firing aimlessly in the sky, which nonetheless constitute a violation of the UN ceasefire agreement by the Polisario in connivance with Algeria.

“Morocco is not negotiating over its Sahara. The Moroccanness of the Sahara never was – and never will be – on the negotiating table. Rather, we are negotiating in order to reach a peaceful solution to this artificial regional dispute,” King Mohammed VI had said in a speech in November.

De Mistura and other parties should be aware of this fact. Morocco is ready for peace and a political solution and is negotiating from a position of power to spare the region the instability that Algeria is facing at home and wants to export to the region.

The international momentum in favor of Morocco’s sovereignty over its territories is gaining traction since the US recognized Morocco’s full map with Sahara region included and the opening of over 24 consulates in the Sahara.