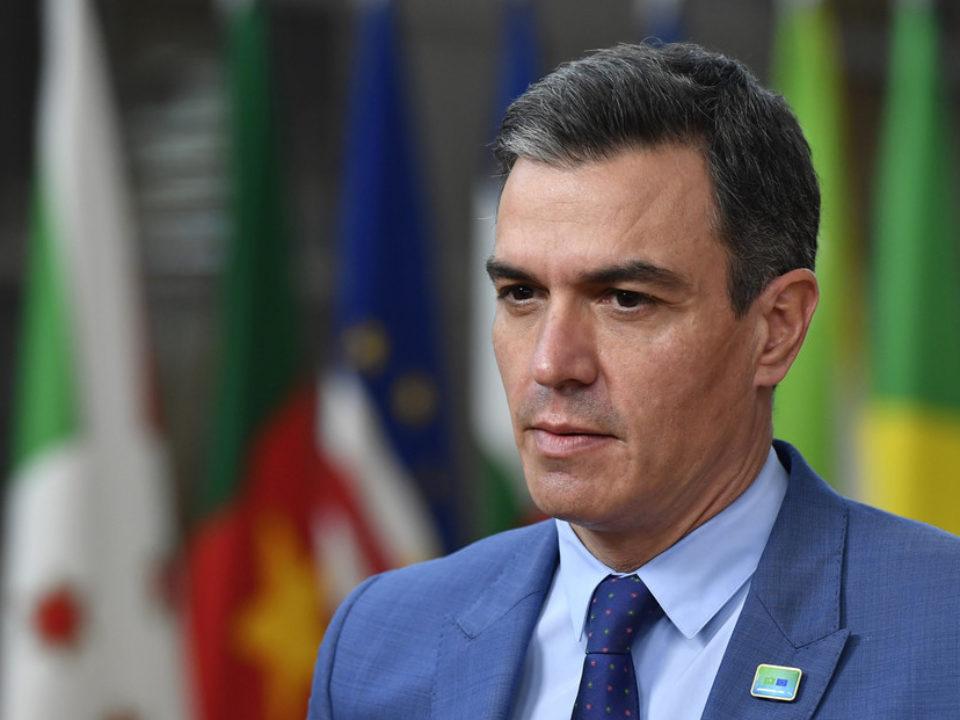 Spanish officials and the Spanish monarch have expressed on multiple occasions in recent months readiness to improve ties with Morocco and turn the page on last year escalation, but in the meantime they are repeating the same actions that led to worsening relations with Rabat.

In another diplomatic blunder that will further worsen Madrid-Rabat ties, Spanish prime minister Pedro Sanchez was the only European leader to meet the head of the Polisario militias Brahim Ghali during the African Union-European Union summit in Brussels.

Ghali’s participation was imposed by the African Union as the EU reiterated its non-recognition of the Polisario’s self-proclaimed and Algeria-sponsored SADR republic.

No other head of an EU delegation had talks with the separatist chief except Sanchez. Ghali was the only participant who was not greeted by French President Macron and European Commision President Ursula von der Leyen during the photo op.

But Sanchez insisted on making his talks with Ghali public at a press conference sending a clear signal to Rabat that Madrid is not serious in its rhetoric to mend ties with Morocco.

Ghali is sued in Spain for war crimes, rape and kidnapping and his entry is still investigated by the Spanish judiciary.

The meeting between Sanchez and Ghali shows the disregard of the former for the protocol rules that all other EU countries observed. It also shows that Spain is not serious in its rapprochement with Morocco.

Up to now, Moroccan ambassador to Spain has not yet returned amid mixed signals by the Spanish executive.

What would have been the reaction of Spain if Morocco received leaders of the Catalan or Basque separatist movement? For now, the fog in the skies of Moroccan-Spanish relations has yet to dissipate as the crisis is silently brewing.