Since his accession to the throne on July 30, 1999, King Mohammed VI has placed Africa at the forefront. A commitment that secured Morocco's readmission to to the continental organization on July 17, 2016, marking a turning point in Morocco's foreign policy.

Four years ago, Morocco officially submitted a bid to join the African Union. On July 17, the request was at the heart of a letter sent by King Mohammed VI, delivered by the Speaker of the House of Representatives Rachid Talbi Alami and received by then-acting AU President Idriss Deby.

Morocco’s new policy towards Africa was the main core of the royal letter. A vision that breaks up with the one led by Hassan II in the 1980s, when he decided to withdraw from the Organization for African Unity to protest the admission of the so-called «SADR».

Rabat’s bid to rejoin the continental organization, as underlined by the Sovereign in his message, was driven by the need of «developing a unique, authentic and tangible south-south cooperation model». The decion was based on the commitment of «Moroccan operators and their strong presence in the banking, insurance, transportation, telecommunication and housing» sectors.

Indeed, these sectors were the subject of a proactive policy that focused on investing in Africa. The new vision resulted in the signing of 500 cooperation agreements with all African countries, according to a study conducted by the Finance Ministry in July 2015.

An adventure that started in 2016

Since July 17, 2016, Morocco has started gaining ground within the organization. During the AU ordinary summit in Addis Ababa, in January 2017, Morocco’s bid was accepted. And in four years since then, Rabat has been able to position itself as a major actor on the African scene. In addition to strengthening its ties with its traditional allies in West Africa, the Kingdom has been performing operations in lands that were hostile to it, such as Angola, Ghana, Nigeria, Zambia, Ethiopia and even Tanzania.

It was previously unexpected that King Mohammed VI would go to Zambia or Ghana, as he did in February 2017. It was also unexpected to see him converse with the Angolan President João Lourenço, as in November 2017, during the AU-EU summit in Abidjan (Ivory Coast) and during the Congo Basin Climate and Blue Fund Commission in Brazzaville (Rep. Congo) in April 2018.

One of the significant turning points that followed these visits and trips was that the condition of withdrawing recognition of «SADR», formerly required by Morocco, was dropped and forgotten. Pragmatic, Morocco has been able to attract African countries wishing to turn the page on the past and start benefiting from Morocco’s experience in different sectors, including agriculture, security, military, finance and religion.

Algeria wants to catch up

Only a small group of countries, led by South Africa and Namibia, particularly in southern Africa, continue to refuse Morocco’s commitment to the continent. Despite the blockage, this opposition does not really constitute a threat to the Kingdom's African policy.

The coronavirus health crisis has even given Morocco an opportunity to show that it is still committed to the regional organization. When the pandemic happened, Morocco sent medical aid to fifteen African states to help them manage the health crisis. Medical aid was also sent to African countries which still recognize «SADR».

This Moroccan commitment is bound to continue even if Algeria seems determined to catch up. The first act of this African reconquest operation was the announcement made by Algerian president Abdelmajid Tebboune, at the EU summit (February 2020 in Addis Ababa, Ethiopia), of the creation of the Algerian agency for international cooperation, entrusted to an army colonel. The second attempt will be decided in the coming months at the Constitution referendum. 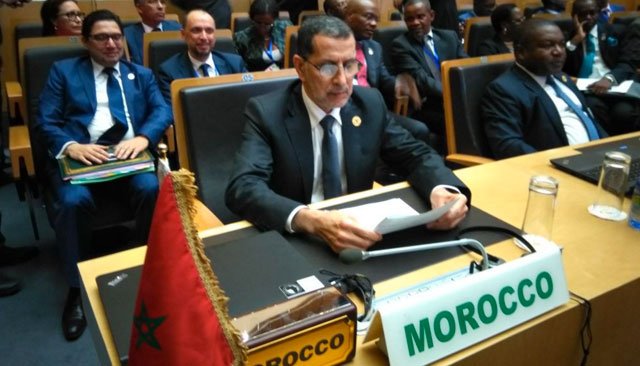 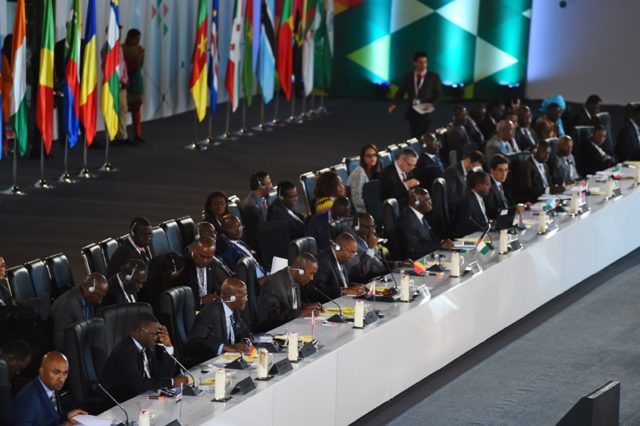 EU-Africa Summit: Algeria should fret about Hyperinflation and not Morocco
02 October 2017