‘Intergroup for Western Sahara’: Misrepresentations and Post-Truths About the Conflict 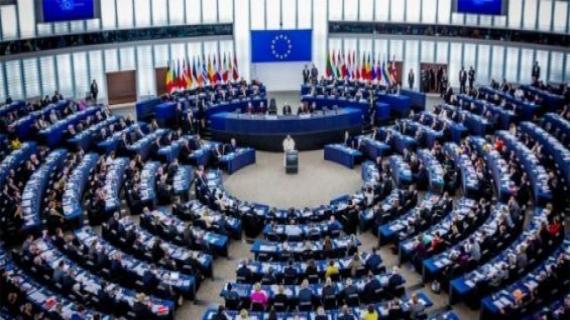 Western Sahara with no evidence whatsoever; however,  it is surprising that the same group does not speak of the violations of rights of Sahrawis, warehoused and sequestrated in Algeria since 1975, with no rights, no voice and no legal recourse.

I was shocked when I have read the letter sent to the attention of European Parliament Members by the Intergroup for Western Sahara. The letter is not only full of misrepresentations but deliberately ignores so many historical facts and realities surrounding the Western Sahara conflict.

Contrary to what the Intergroup letter said, the repeated violations of the ceasefire were, over the years, wantonly carried out by the Polisario Front,

The Security Council has for years incited the Polisario to respect the ceasefire and not engage in any activities that may change the status quo on the ground as stipulated in the 1991 Ceasefire Agreement.

The Intergroup letter states that Morocco undertook an “illegal military action” in Guerguerat. The reality is totally different. Morocco’s action was undertaken by the Royal Armed Forces but it was a non-combatant act, wherein no shot was fired, to free the pass so that goods and persons could flow freely after they have been blocked for three weeks by civilians led by the Polisario militia. In addition, it was conducted in coordination with and in the presence of MINURSO members.

The action was legal as it aims to ensure safety of passage for goods and people between Europe and West Africa and ensure that West African markets are not deprived of basic food and medicine, especially at the time of crisis. What could me more legal, by international law, than guaranteeing the free and safe passage of food and medicine across borders?

Western Sahara has been part of Morocco since the Middle Ages and the International Court of Justice stated in 1975 that there were “allegiance ties between the Kings of Morocco and the Sahrawi tribes” and demanded that Morocco needed to confirm its sovereignty over the territory by consulting the local population, which it did when the Jemaa (the only body that represented Sahrawis back then) decided that they support the Moroccanness of Western Sahara.

International legality was respected by Morocco, something that is now being confirmed by the number of countries that have withdrawn their recognition of the fictitious Sahrawi Republic (65), and the number of countries that established consulates in Laayoune and Dakhla (the two big cities) of the Sahara (16 so far); and most recently, by the recognition of the United States of the sovereignty of Morocco over the territory, which paves the way for other major world players to do the same.

The Intergroup speaks of violations of human rights in Western Sahara with no evidence whatsoever; however,  it is surprising that the same group does not speak of the violations of rights of Sahrawis, warehoused and sequestrated in Algeria since 1975, with no rights, no voice and no legal recourse.

Algeria not only illegally delegates the administration of the Tindouf Camps to the Polisario, but considers the sequestrated Sahrawis “refugees” without applying the Geneva Convention to them when it comes to identification, free movement and engagement in economic activities throughout the Algerian territory. The Security Council and the High Commissariat for Refugees have never ceased to ask Algeria and the Polisario to identify and carry out a census the Sahrawis warehoused in the camps, alas to no avail.

Regarding the Fisheries and Agriculture Agreements that Morocco signed with the European Union in 2019, several multi-level consultation sessions were carried out with the elected representatives of the local population in the Sahara so that the different communities could express their opinions and so that their ideas and concerns could be heard.

On the other hand, Morocco invests tenfold the yearly yield of resources in the territory, and spends billions of dollars lifting the region to be one of the most developed in Morocco and in Africa.

Finally, while I respect the Intergroup members’ opinion regarding the conflict, I think it is unbecoming of MPs to vilify a country like Morocco and deliberately ignore the above-mentioned truths and realities for pure ideological and propaganda reasons. Sad!