Historical and Legal Bases of Morocco’s Sovereignty over Western Sahara

The March bore fruits as it led to negotiations between Spain and Morocco, and the signature of the Madrid Accords on November 14, 1975, whereby Western Sahara was peacefully retroceded to Morocco by the colonizing power, Spain.

Hal Brands’ article “U.S. Foreign Policy Hits a Crossroads in the Sahara” published by Bloomberg Opinion on December 29 is not only historically inaccurate but deliberately ignores the legal and historical bases for Morocco’s liberation of Western Sahara from Spanish colonialism.

Morocco did not get back Western Sahara by “force”, as alleged by the author, but freed it form colonialism in a peaceful manner, via a peaceful civilian-led march, called the Green March, whereby 350 thousand unarmed civilians, carrying olive branches and prayer books, marched peacefully in November 1975 from all over Morocco to meet their Sahrawi fellow citizens in the then-Spain-controlled Western Sahara.

The March bore fruits as it led to negotiations between Spain and Morocco, and the signature of the Madrid Accords on November 14, 1975, whereby Western Sahara was peacefully retroceded to Morocco by the colonizing power, Spain.

Not only did Hal Brands ignore all of this, but did not refer to the historical and legal bases for Morocco’s claim over Western Sahara.

At the request of Morocco, the UN General Assembly addressed on 13 December 1974,  two questions to the International Court of Justice (ICJ),requesting its opinion, on whether Western Sahara at the time of colonization by Spain was a territory belonging to no one (terra nullius) (which was Spain’s alleged reason for continuing to colonize the territory) and if there were legal ties between this territory and the Kingdom of Morocco (Morocco’s legal basis for its sovereignty claim over the territory).

The ICJ rendered its opinion on October 16, 1975 saying that the territory was no terra nullius, at the time of Spanish colonization, and that there were of legal ties of allegiance between the Sultans of Morocco and the tribes living in the territory of Western Sahara.

The ICJ advised Morocco to consult with the local population over the claim of sovereignty, which the last did by asking and getting the positive opinion of the Jemaa, a collective body that represented the indigenous populations at the time of Spanish colonialism.

All of this background Mr. Hal Brands brushed off in a cavalier manner to prove a theory of US foreign relations, making unwarranted comparisons with Israel’s illegal annexation of Golan Heights and Jerusalem.

Had he done his research, he would have found out that Morocco had sovereignty relations with the territory that date back to centuries, as proven by the treaties it had had in the eighteenth and nineteenth centuries with foreign powers seeking navigation and accosting rights on the shores of Western Sahara. After Morocco’s independence from France and Spain in 1956, it continued to peacefully “fight” for the independence of Western Sahara. Spain agreed to retrocede the Saharan city of Terfaya in 1958 and then Sidi Ifni in 1969.

It was Morocco that registered Western Sahara with the UN Special Political and Decolonization Committee, called the Fourth Commission,as a non-decolonized territory in 1964. Even the Polisario was, at its very beginning, a student movement that formed in Rabat, the capital of Morocco, to struggle for the liberation of the territory and its reunification with Morocco.

The legal and historical bases of Mr. Brands’s theory are therefore shaky if not erroneous. It is unfortunate that scholars write about a complex issue like this making political statements with broad ramifications without truth and fact checks.

A pure academic exercise like this not only ignores the realties on the ground but completely writes off the suffering of thousands of Sahrawis warehoused against their will by the Polisario in Algeria, waiting for the opportunity to be reunited with their families in Morocco. Academics like Mr. Brands (and myself) should never ignore the human side of political tragedies when disserting about foreign relations theories. 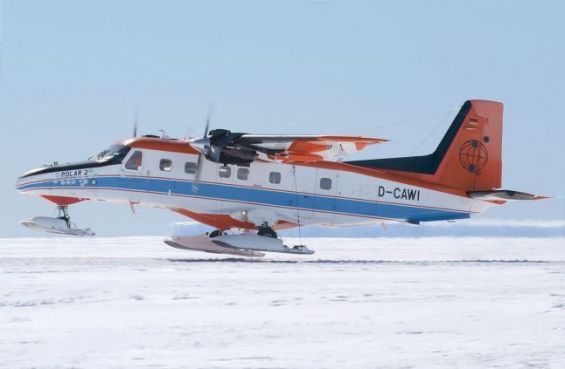