Please do not ask me to be silent. Allow me to breathe (18) 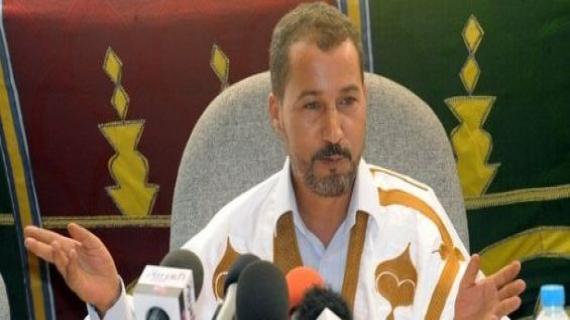 In the morning, the officer took me to a hill near the prison, waiting for the UNHCR office to call from Geneva.

- I am... (I forgot the name) from the HCR office in Geneva, I want to inform you that we have taken over your case and we would like to ask you where you want to take refuge ... But before that, we wanted to check on you. Is your health okay?.. I also want to tell you that I am talking to you from a secure line, so you can speak freely.

- I want to tell you that I am talking from the security officer's phone, but I will speak freely .. Thank you for your effort..but why do I need asylum, I am in my land, and my mother’s house had it not been for some heights, I would have been looking at it from where I stand.

- We want to inform you that we are not police, we do not force you to do anything ... and we want you to give us three options for asylum in anticipation. By the way, we received a letter from the Algerian Ministry of Foreign Affairs refusing your entry to Algeria

- I am not Algerian. I am an employee and a citizen of the SADR. My work, my family and my home are there on Algerian soil. I am not going to Algeria, I am going to my country. As for the options requested: Spain, Mauritania, Morocco. A place close to the conflict zone and that respects my political opinion.

- We will call you back as soon as there is something new. We will work to resolve matters soon .. Good-bye…

I went back to my cell and told the officer that I wanted to see my family before I took any steps. He said the leadership told him that my issue no longer concerns them, and if I want to see my family, then I have to ask the UNHCR when they call me back.

I got angry and told him that I adhered to the judicial process and that I would remain in prison until I was sentenced or acquitted. As for those who called me, I don’t know if they are from HCR, or a play of your production.

With a wandering mind, swept away by waves of anger, pain, shock and longing for my parents and children, I saw my life flashing in front of me in a moment of human breakdown that I had been fighting for a while.

I was not defeated by arrest, nor by enforced disappearance, nor my ignorance of what was going on around me, nor my unknown fate to which I am led by a military force moving me for weeks between valleys and mountains of the desert, with their machine guns pointed at me. But when I learned that I was forced into exile, my strength weakened as if everything I had built was collapsing in front of me into particles of dust to soon vanish into this vast space, I would then return to the zero point of nothingness from which everything begins.

The same had happened with my father when he was discharged from Smara city hospital after recovering from the shrapnel wound that hit his head in the Front’s attack on the city in 1979. Before he entered the hospital, he had a wife and children and owned a house, he spent years of his life toiling to accommodate his family. He had good neighbors, friends and a clan, but he found nothing but the rubble of a house surrounded by buildings collapsed on their ruins, as if the wind had passed by and uprooted everyone within.

I found myself swimming in a sea of ​​memories, while I was rewinding the tape of my life, most of which was produced by the Front and tailored to their size.

I was taken back to the memory from October 2010 to October 1979. I saw that boy who was liberated 31 years ago from the capture of the monster and how they celebrated him in the camps. I recalled the first small tent with one pillar and how I spent hours running in its narrow areas with joy because we owned one like the others after we were homeless. I remembered my first school day at “Saeed Sghir school” in Laayoune camp and how I came back home to my mother crying from sadness, because our lesson was ABC, they took me five years back ... I thought that had it not been for pity on me, she would have said that our destiny, son, is to start all over again, how little that makes your loss if you are only crying for losing five years.

My mother, to whom I came to complain about my sorrow and sadness, was lying in a tent at a center called “Alhimaya”, built outside our camp for anemic women and children suffering from malnutrition, after she gave birth to my younger brother Muhammad Lamine. Despite her distress and pain, and like all mothers, she did not lack the power to make me feel better.

Because there was no other school in our camp than that newly established one, with nothing above the second grade level, my mother had to fight her illness and bone weakness, walking 4 kilometers back and forth towards the headquarters of the governor “Abdul Qadir Talib Omar” to discuss the issue of our schooling, me and my brother Muhammad al-Sheikh, and that our level is above the levels that are taught in the camp school.

A few days later, a military Unimog truck came asking for us to take us to a school called “June 9th”, we only knew it as a boarding school far from our camp and whoever goes to it does not return before the school holidays.

I do not remember what our mother provided us with for the trip, I do not think it was more than prayers, for we were new to the camp and we have left all our possessions behind on the day we were liberated, we had not taken a breath yet. When we had a tent a little more than a month ago, labor surprised my mother and she got busy with herself, we have no breadwinner after God but her.

When my young 11-year-old soul was still not used to not having a father, I found myself facing a more and more difficult test, as I would separate from my mother for the first time since birth.. I was going to separate from her anyway .. She had just given birth, barely able to walk from the severe anemia, and she has three little boys.