Please do not ask me to be silent up. Allow me to breathe (19) 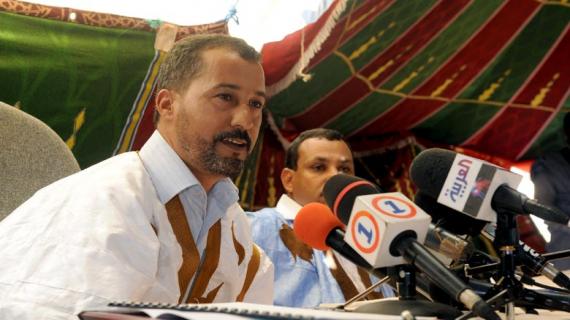 The Unimog truck, which will transport us to our distant school, took us off. My eyes were fixed on my standing mother following us with her tired gaze as she hugged my younger sister and brother as if they were all that was left for her in this universe.

The farther we got away, the pictures that we got accustomed to for a bit more than two months... We no longer see my mother and my siblings, our camp has disappeared and we see nothing but a desert that swallows us up as we go along. I found me clinging to my brother sitting next to me like someone clinging to his last breath. Yesterday we were three brothers and three sisters, a father and a mother, then we became only three brothers and a sister, and here we are now, me and my brother two years older than me, lonely boys in the middle of an endless desert surrounding us on every side.

After two hours or more, we started to see white buildings. The more we approached them, the clearer their details became. They looked like a small village surrounded by a wall with a gate in the front, similar to the camps, and some guards.

We were not late at the gate before we went down to the schoolyard, which looked like a chicken coop. The children’s voices were loud and they moved in every direction in their gray uniforms.

We  were received by a person they called an educator. He took us to the store where we received the gray dress that all the school children wear and showed us the school facilities, where the eastern part was housings for students divided into two parts between females and males, followed by the dispensary and the teachers' residence on the north side, and on the western side there was the school restaurant and the administrative sector called the Directorate. In the middle of the school, there were the classrooms.

We were like someone who moved from world to world and we had to adapt to our new world, a world in which no father and mother exist, in a small village of children closer to a military encampment than to a school. Life there was regulated with bells and whistles, everything there was unified from pencil to dress, your day is divided between the authority of the teacher in the classroom and the authority of the educator in the dormitory and the yard.

Our arrival to the school on January 2nd, 1980, coincided with the exams for the first semester of the year. The highest level in our school was one class of the fifth grade and we had studied a month of fifth grade in the city of Smara before what happened to us. We sat for the exam with them even though we did not study one day, and we passed, even though with lower grades.

When you are at the highest level in any school, you count as a senior regardless of your age, and when you are outstanding among seniors, you gain respect among classes and appreciation from the teacher, and this is why, thank God, I did not find it difficult to adapt to my new world.

In those days, we found them training children on military march and parade movements, which was new to us even though we were at the highest level in the school. I remember that in the first military training session, I received a blow from the trainer with a rubber whip that left a red line extending from the top of my chest to the middle of my abdomen, because I was not doing the military step right.

At that moment, my father's image appeared in front of me and I wished he was there to defend me. My father was a man of authority in Morocco, with the rank of vice leader of the region, leader of the tribe. His prestige, respect and reverence in the city made us feel safe.

I cried a lot because he was far from me, especially since I was beaten for no fault of mine. My fault is that I am a newcomer to their world and I did not yet have a chance to learn the military step.

However, the best thing at a young age is that the events of the morning are forgotten by the evening, and the speed of acclimatization and learning. I mastered the military march, so much that I even participated with my battalion in the military parades commemorating the fourth anniversary of the declaration of the SADR.

As soon as the school year ended, we had a school, friends, and a new world that we have become familiar with. It helped us forget some of what we lost. We returned to our camp for the holidays, loaded with stories of riot and madness of the gray chicken coop school in which children live laughingly without parents.