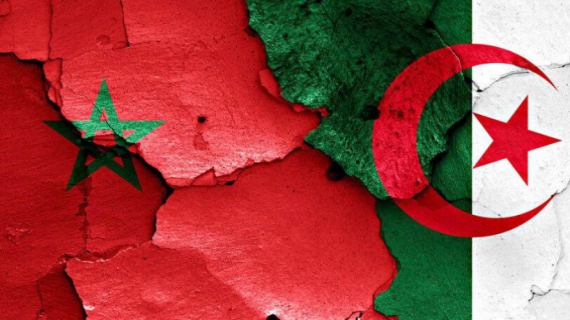 Moroccan diplomacy has made significant strides in recent years and outpaced Algeria’s pro-Polisario lobbying and diplomatic activism, a Bulgarian English-language newspaper has evaluated.

“Standard News,” as the Bulgarian paper is called, recently analyzed the present and future implications of what some have dubbed Morocco’s “consulate diplomacy” by spelling out the meaning of the opening of the latest diplomatic representation in Morocco’s southern provinces.

“Jordan opens a consulate general in the Moroccan city of Laayoune,” read Standard News’ headline, according to Morocco’s state media. Despite its straight title, the article provided a biting indictment of what it presented as Algeria’s wrongheaded and ineffectual diplomatic activism in Western Sahara.

According to the Bulgarian paper, Jordan has joined a growing cohort of countries coming out of their comfort of moderate support for Morocco or diplomatic neutrality to irrevocably espouse the country’s position and its proposal for a way out of Western Sahara’s decades-long diplomatic stalemate.

Even more satisfying for Morocco’s diplomacy, Standard News added, the consulate openings take place “at a time when Algeria continues to make false allegations and maintain illusions about the Moroccan Sahara.”

In opening a diplomatic representation in southern Morocco, Jordan followed in the footsteps of the United Arab Emirates and the Kingdom of Bahrain, two influential countries in the Middle East, according to the newspaper.

But of even greater significance is that support from the three Arab countries might only be the tip of an iceberg that conceals a much more pointed shift towards Morocco’s Western Sahara position, added Standard News.

Recent weeks and months have seen an uptick in international support for Morocco’s sovereignty over Western Sahara.

While the country had already made considerable progress on the diplomatic front by December of last year, especially its firm footing in Africa and growing presence in Latin America, the US’ Western Sahara proclamation on December 10 appears to have more decisively swayed the tides in Morocco’s favor.

The recent waves of diplomatic openings in the regions of Laayoune and Dakhla point to an epoch-making shift in paradigm and suggest that more countries “will certainly open consulates in the Moroccan Sahara,” the paper argued.

In defiance of the “absurd allegations of Algerian diplomacy,” the cohort of countries unambiguously embracing Morocco’s autonomy proposal does not only reflect a decidedly changing dynamic in Western Sahara.

Their firm adherence to the Moroccan plan also makes the case that it will be extremely hard to reverse the gains Morocco has mustered since submitting its Autonomy Proposal to the UN in 2007, the Bulgarian newspaper concluded.

For Morocco, this uplifting assessment of its recent diplomatic victories comes as even the Polisario Front is unwittingly conceding that Rabat has the upper hand on the diplomatic front.

After threatening escalations and calling its troops to mobilize for a final assault on Moroccan forces, the Polisario leadership has calmed down, distanced itself from its feisty rhetoric, and said it is ready for dialogue with Morocco.