“Here is an article where I spoke of parallel diplomacy (or complementary) in which I was already showing in 2009, the role of civil society, which I discovered its importance through the tours we had made in the us and Europe. Read this testimony and share.. Thank you.”
ALI NAJAB

Rép. Ali Najab:   First of all, I have to make a little clarification: we were not prisoners during the 25 years of our captivity. We were prisoners of  war. And this is important in terms of international law.

To answer  your question, we cannot disagree with the choice of our country because,  as ex-Combatants, we are still at the disposal of our country to  continue to fight for the territorial integrity of our country. In fact, we have already done so by conducting awareness-raising campaigns in  the USA (where we have given a joint press conference with John McCain in the Senate), in Europe, in New York and Geneva for the release of the  remaining 404 Moroccan prisoners of war remaining in Tindouf, but also to explain to the world the masquerade the Polisario played in Tindouf  in collusion with Algeria. We have listened to the Senate and Congress,  or to Human Rights Watch or Freedom House in Washington, or Amnesty  International. At the United Nations Fourth Committee in New York, I was  allowed to witness the ordeal that we experienced in Tindouf and the violations of the Geneva Conventions by Algeria and the Polisario in the  treatment of Moroccan prisoners. We have carried out actions at the United Nations in Geneva, ICRC and even Caracas in Venezuela. All these actions have been carried out in the framework of our association called "Moroccan Association of Ex-Prisoners of War of Territorial  Integrity" even if this association is not seen by the authorities in our home. To return to your question concerning Morocco's new  position. If you want to talk about the Autonomy that our country  proposes as a definitive solution to the Sahara problem under Morocco, then yes! We, ex-prisoners of war, we strongly support this proposal. Apart from what the press has said, we do not know what is in this Autonomy Project. But personally I trust those who have developed  it. There is one thing I want to point out. Although I am optimistic, the years I spent in Tindouf taught me to watch out.

Take the following hypothesis: Let us assume that the Polisario accepts this Autonomy. There will be elections in the Sahara to form the local government and the parliament of this Autonomy. It is not impossible to see Mohammed Abdelaziz and his clique win these elections.  So we're going to find ourselves with a Polisarian governance. The local police  may be formed by former Polisario militia. So far, it doesn't matter. But what is  likely to happen is that, after two or three years of autonomy, there  is nothing to prevent Mohammed Abdelaziz and his clique in power, to indoctrinate the population and to declare a unilateral independence of the Sahara in collusion with Algeria. They are going to rain on all sides  thanks to Algerian pétrodollars. Will we intervene  militarily? Impossible because we are going to face the same Polisario this time diluted in the civilian population. And any military attempt would be suicidal. You're going to tell me that all this is science fiction. OK. You will also tell me that there will be international  guarantees. But personally I do not believe in morality in international relations. Only interests count. And then what will our army be? Will it be reduced to a few units confined to well-defined barracks without freedom to  maneuver? If this is the case, what will ensure the security of a territory as large as the Sahara when it is already known to all sorts of arms, smuggling, etc, who operate there from time to time?  That is why I remain skeptical. But at the risk of contradicting myself, I tell you that I am optimistic for the future of our Sahara.

2-Question:  What is your opinion about the separatists from the inside  who must be on your side as moroccans who have sacrificed your life for the country?

Rep. Ali Najab:  This is not the first  time that moroccans have visited the Polisario in Tindouf. Abderrahmane Ould  Libek joined the Polisario in 1979 and came to see us near Rabboni in the presence of Omar Hadrami of the time when we were still prisoners.  There was the case of Abdelaziz Lamnebhi of  Ila El Amam who also came to the center Post 5, we were getting drunk from his boring anti-Moroccan  propaganda. But all this is history. They have all returned to the  country of mercy and everything is in order. The case of Tamek and his clique is different. When they arrived at Tindouf, they made statements againist their country Morocco, where they had an identity card  and passport, but mostly because they met with Algerian military  security officers.

The ceasefire in force does not mean that the war  between us and the Polisario is over. War continues in diplomatic form.  And any act or declaration against the territorial integrity of Morocco is an act of war act against Morocco. That's why we qualified them as traitors.  Why not call them enemies too? And why not consider them simply as prisoners of war? In which case they must be delivered to the international  committee of the Red Cross to give them back to the Polisario in exchange, for example, with the bones of our 46 soldiers who died under torture and whose graves are still in Rabboni, only three kilometers from the office of  Mohammed Abdelaziz. Thus, they will live a few months with the Polisario and when they are convinced, like many others, of the reality of the Polisario, they can return to live in their merciful homeland.

3-Question:  What other actions do you think can be undertaken?

Rep. Ali Najab:  I believe everything was drawn by the King in his speech on the occasion of the 34th Anniversary of the Green March. I firmly believe that this speech is a very important turning point in the management of  the Sahara dossier. First, because of he's unusual firmness, and I'm pleased as a former fighter. The five points that his majesty has drawn up in his speech are, in short, a road map that is clear, precise and concise. And allow me to resume a whole passage of the royal  speech because it awakens in me the feelings we all felt in the 50’s:

" or the citizen is Moroccan or he is not. No more time for double game  and evasion. It is time for clarity and duty. Whether you're a patriot or  you're a traitor. There is no fair between patriotism and betrayal. We  cannot enjoy the rights of citizenship and deny them both by plotting  with the enemies of the motherland ".

What other actions...... I do not quite understand why we have never done anything since we found that the Polisario has made us a real war not only on the international stage but also, and it is more serious, on the campus of our universities.  What good is it to keep our soldiers on the defence wall after having ousted the Polisario from the Sahara, if pro-Polisario students are allowed  to carry out without campaigns in cities like Casablanca, Agadir Oujda ,  Marrakech or even Rabat. Our soldiers feel offence after all the sacrifices they have made to banish the Polisario forever from the Sahara. It's meditating!

4-Question: How can we imagine a general mobilization?

Rep. Ali Najab:  That's an excellent question. It is true that general mobilization is necessary and indispensable. Before the ceasefire, it was the army who played its part. It did so at the cost and with a lot of sacrifices, but it did so to the point where the Polisario was no longer entitled to the Sahara, even if Morocco had left it Tifariti and Méjic to allow it to be  delirious from time to time. It is worth considering!

But the Polisario, as I have  said elsewhere, continues to make war on the international stage in other forms. Algeria provides it every day with extraordinary means of nuisance when it is not itself using these means of nuisance to abort any Moroccan proposal for the settlement of the conflict. Today a return  to war with Polisario is virtually impossible since these war vehicles  are on dry land.

As a result, Morocco's weapon resides on the internal front. A united front. First and foremost, the Moroccan people  should be aware of the situation in the Sahara, understanding first of all what the Polisario is, and explaining the farce that Algeria has been  playing in Tindouf for over three decades already. This one, on the  other hand, is a strategy for diplomatic action on the international scene that must be carried out often, and not sporadically, by teams trained by competent parliamentarians. Then we need to involve our universities (teachers and students) in the search for ideas that can strengthen our  international diplomacy. In general, our intellectuals, our business people should become more involved in parallel diplomacy by using their  foreign relations networks.

Finally, why not talk about the Sahara Case  in primary schools and high schools? It is unforgivable that our children are better acquainted with the history of the Barsa or that of  Real Madrid,  and do not know the history of the Sahara or the struggle for independence. Our educational system has a lot of work to do. The  role of the press is extremely important in raising the awareness of  Moroccans on the problem of territorial integrity. Some newspapers  should stop presenting the Polisario as a victim. I am appalled that some  former El Amam activists continue to take a stand in favor of a referendum on self-determination in the Sahara. I would simply like to  remind them of the famous sentence of Hassan II. I quote:

"if Morocco  does not regain the Sahara, I (Hassan II) must be worried about the  future of Morocco as a stateand as a community.” 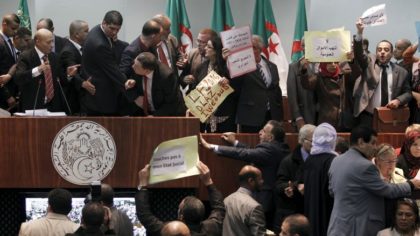 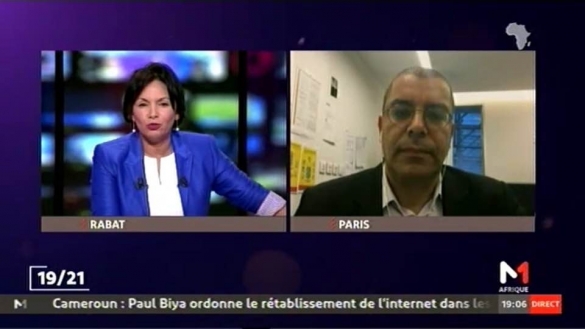 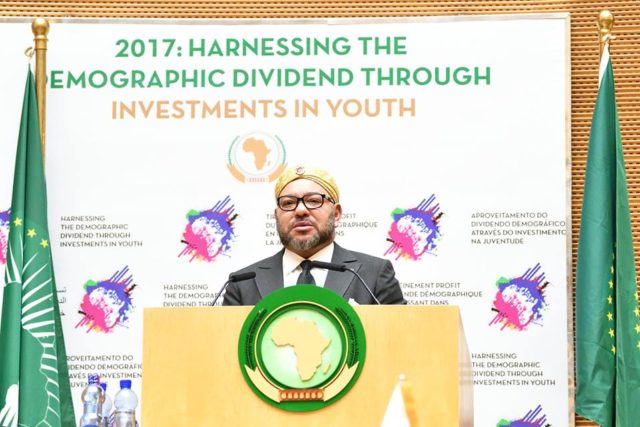