Another Year Has Gone By and Still No Durable Solutions: It is Time to Open the Camps

* Tens of thousands of Sahrawis have been separated from their families for almost 40 years, trapped in horrible conditions in refugee camps in Tindouf, Algeria. The most straightforward solution – a commitment to ensure that the Polisario gives refugees their legitimate right to freedom of movement, so they can come and go as they please. In other words, open up the camps and let the refugees go free. *

As another year draws to a close, I can’t help thinking about tens of thousands of Sahrawis who have been separated from their own families for almost 40 years because they have been trapped in horrible conditions in refugee camps in Tindouf, Algeria.  The refugees live under the 37-year-long authoritarian rule of the Polisario Front.  They are not allowed to work, they have no freedom of speech, and, most importantly, they have limited freedom of movement.  They can’t leave the camps to join their loved ones, many of whom live in Morocco.

To ease the suffering of this situation, the UN High Commissioner for Refugees (UNHCR), in addition to helping feed and shelter the refugees in the camps, runs a Family Visits program that flies a few thousand Sahrawis a year between Morocco and the camps for brief reunions with their families.  But the waiting list for the program has many thousands of names on it, and the program simply doesn’t have enough capacity to meet the needs and desires of most of those in the camps. Some seven thousand refugees have voted with their feet over the past decade and managed to escape the camps and return to live in Morocco.  But it’s a dangerous journey across hundreds of miles of harsh Sahara desert and those who are caught attempting to escape are punished severely.

The Family Visits program is part of UNHCR’s “confidence building measures” designed, in the words of UNHCR Chief of Staff Athar Sultan-Khan, “to link a population divided by conflict. They complement the parallel political track under way by the United Nations towards finding a solution to this situation.”

Confidence Building Measures (CBMs) also include seminars on Sahrawi culture designed to bring people together to exchange information and discuss various aspects of their culture. The most recent iteration was a seminar in October held in the Azores. It brought together 42 people from the camps to focus “on the importance of the nomadic Sahrawi culture, including its history and its prominence in literature and music.”

These types of initiatives are laudable – I am a firm believer that conflict resolution happens when people exchange views and realize that the people across the table are human, just like them. But more of these exchanges need to happen and the UNHCR CBM program needs to be expanded to cover other issues and help work towards the promotion of durable solutions. 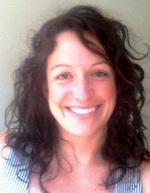 Some initial steps would go a long way toward achieving durable solutions and building confidence. First, an expansion of the family visit program that allows entire families to visit the Western Sahara and settle there (rather than returning to the camps) as they wish. Second, a repatriation assistance program to ease road travel for those refugees wishing to self-repatriate. And finally — the most straightforward solution and one that is most worthy of UNHCR’s mission to protect the right of refugees — a commitment to ensure that the Polisario gives refugees in the Tindouf camps their legitimate right to freedom of movement, so they can come and go as they please.

In other words, open up the camps and let the refugees go free.

* For more background on this issue, check out:

“Groups Rights and International Law: A Case Study on the Sahrawi Refugees in Algeria,” Report by the Inter-University Center for Legal Studies and the Moroccan Center for Policy Studies, September 2009

“Stonewalling on Refugee Rights: Algeria and the Sahrawi,” Report by US Committee for Refugees & Immigrants (USCRI), October 2009

* For more on Truth about the Polisario, go to: