Can Moroccan Diplomats Stand to the European Court of Justice Injustice? 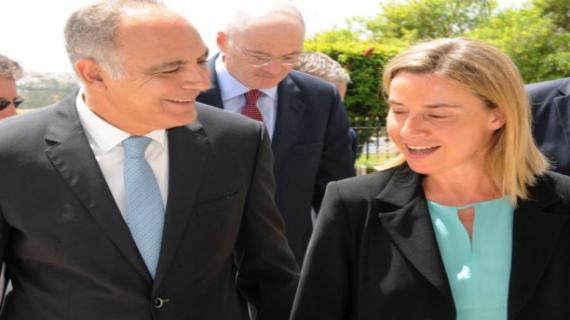 Washington D.C. – It will be a mistake to dismiss the European Court of Justice (ECJ) decision to annul the European Union -Morocco agricultural agreement as a political ploy. The ECJ pronouncement is a legal ruling that Moroccan lawyers and diplomats must fight in court. The Moroccan Foreign Ministry should not hide behind political arguments to avoid mounting rigorous and legally sound counterarguments to revise and correct this injustice.

The ECJ dissolved the treaty because it included products from the “disputed territory” of the Western Sahara. This decision is essentially based on the 1975 International Court of Justice (ICJ) Advisory Opinion that declared that there were no ties between the Kingdom of Morocco and the Western Sahara and therefore the principle of decolonization must be applied.

Moroccan officials must face the fact that the international community generally and the European Union do not recognize Morocco claims in the Western Sahara yet. Thus, the ECJ had no choice but to exclude products from the Western Sahara since the UN regards the territory as a non-self-governing territory where self–determination must be concluded.

The ECJ decision is extremely dangerous not because of its economic impact but rather because it designates the Polisario as a legal and legitimate representative of the people of Western Sahara. Moroccan diplomats should view this decision as a call to arms to make legal arguments to reverse the ICJ’s 1975 decision.

Furthermore, Polisario sympathizers contend that “a vague expression of intent by Morocco to benefit the local population by these agreements is insufficient to make them lawful agreements by an administering power pending the expression of self-determination by the people of the territory concerned.”

Yet, Morocco, in the absence of an agreement on who is deemed eligible to vote in an independence referendum, has spent and continues to spend billions of Dollars in the economic, social and infrastructure development of the region with the blessing of the local population.

Morocco has neglected the legal aspect of the conflict and invested heavily in the diplomatic and political fronts. However, the roots and final resolution will likely be fought in courts from now on since the UN can’t hold a referendum on the political future of the territory.

Moroccan must counter the ECJ and the ICJ reasoning by digging up evidences that implies the true pre-existing associations between the Kings of Morocco and the people of the Western and Eastern Sahara before 1975.

Morocco is gaining momentum in the battle for World public opinion, but seems to be losing in International courts. Faced with this new reality, Moroccan officials may have to go back to the source of the problem and revisit the 1975 court ruling that birthed this argument.

ECJ decision aside, Moroccan diplomats’ hesitancy continues to embolden the Polisario and its chief sponsors namely Algeria to hinder investments in the region.

If Rabat has undertaken diplomatic blitzes around the world to explain the historic, religious and social linkages between the Kingdom and the people of the Western Sahara, Morocco did not, however, attempted to revisit the 1975 court decision, which is the basis for most of the unfriendly court rulings that have impeded the Kingdoms’ political efforts to resolve the conflict.

The high percentage of turnout during the local elections this year gives the Sahrawis a big say in Moroccan politics. It also proves that the majority of the population consider that the current government represents the people of the territory, and that the economic developments, including the sale of agricultural products, benefits the locals who will likely suffer under this ruling.

Amid an imploding Middle East and North Africa ravaged by wars and terrorism, the EU cannot afford a new trouble spot at its door. If the political leadership in Brussels view Morocco as a bright spots and a success story, legal experts in Europe are not convinced of the legitimacy of Morocco’s arguments and need to be persuaded. The ball is now in Morocco’s court.