The fiasco of Bouteflika’s maneuvers

The UN Secretary-General’s Personal Envoy for Western Sahara, Christopher Ross, who is currently touring the region, responded to Algerian leaders’ whims and visited Algiers to meet them.

After he met the Prime Minister Abdelmalek Sellal, the Foreign Minister Ramtane Lamamra and the Minister for Maghreb and African Affairs Abdelkader Messahel, over the weekend in Algiers, Christopher Ross was received at the presidential palace by ailing President Abdelaziz Bouteflika who can hardly speak.

Algerian officials’ eagerness to meet the UN mediator could be difficult to explain since they have repeatedly claimed Algeria’s neutrality in the conflict, telling all and anyone that it is not a party to the territorial dispute over Western Sahara.

But the UN, its Secretary General and the international community are all aware of the hegemonic ambitions of the Algerian regime which seeks, through blackmail, to control a corridor through Western Sahara and have thus direct access to the Atlantic Ocean.

To settle this longstanding conflict, the United Nations Organization is seeking a negotiated political solution to close this file once and for all.

The UN finally reached the same conclusion upheld in 2008 by the former UN mediator for Western Sahara, Peter Van Walsum, who had asserted that the independence option was impossible and unrealistic.

The Morocco-proposed plan to grant to the territory broad autonomy under Moroccan sovereignty is more likely to be accepted as an alternative, either in its original form or in a similar form such as a federal system.

The Moroccan autonomy plan is generally supported by the international community and was described by most world powers as a “serious, credible and feasible” proposal.

The question is whether the Algerian government will finally, forty years after it created out of nothing the ghostly Sahrawi Republic (SADR), admit the failure of its geo-strategic maneuvers to balkanize the region and weaken Morocco, considered by Algerian leaders as their “number one” enemy. 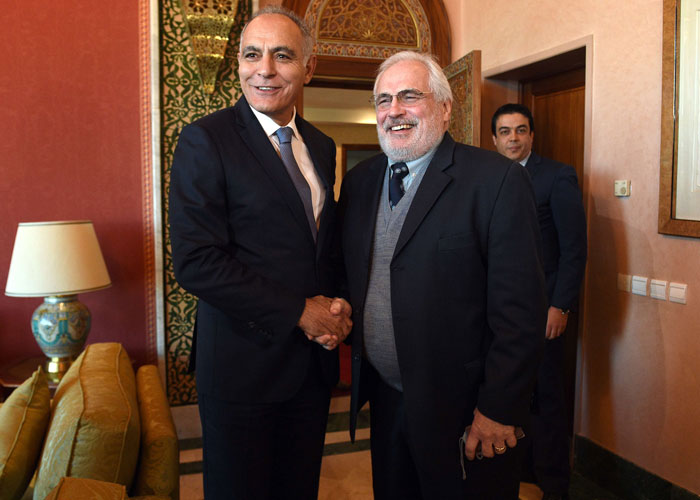 Will Ban Ki-Moon succeed where his envoy failed?
26 November 2015

Christopher Ross suggests reconstructing the buffer lands in the Sahara in order to make it easier on the Confederal Solution.
22 November 2015