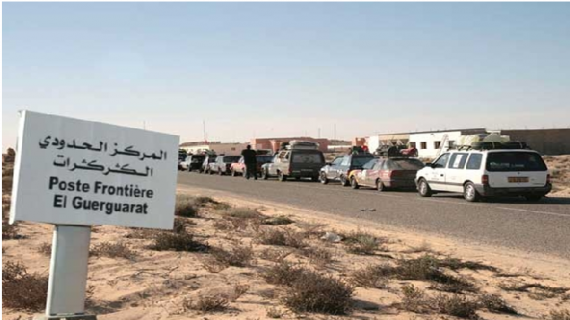 Developments with respect to the Western Sahara of Morocco call for attention. First, Morocco has strongly condemned provocative moves by the separatist Polisario Front in the restricted area of Guerguerat in south-west Morocco.

Guerguerat lies near Morocco’s border with Mauritania. It is considered as a buffer zone by the 1991 UN ceasefire agreement between Morocco and Polisario. However, on two separate occasions this week Polisario security elements entered the Guerguerat buffer zone. On the first instance, they turned back two rally car drivers transiting the area. This is indeed worrisome as Polisario actions come just days before the Monaco-Dakar rally is to pass through the region. On the second occasion, the Polisario’s so-called civilian police entered the buffer zone, again violating the UN agreement.

The Guerguerat buffer zone is claimed by the Polisario as part of its artificial Sahrawi Arab Democratic Republic. It will be recalled that since the 1970s the Polisario – backed primarily by Algeria – has waged an armed struggle against Morocco for the creation of an independent Sahrawi state in the Moroccan Sahara. The latter, however, has long held historical ties of allegiance to the Moroccan monarchy. Hence, even when 19th century European colonial powers hived off the Moroccan Sahara and made it a Spanish exclave – Morocco proper was a French protectorate – the Sahara and Morocco could never be truly divided in spirit.

This was best exemplified by the historic speech of Morocco’s late King Mohammed V – the grandfather of current King Mohammed VI – at M’hamid al-Ghizlan in 1958. At that significant occasion, the late King had publicly declared to the representatives of the Sahrawi tribal sheikhs, who had swore allegiance to him, that he would continue to work to recover the Sahara in keeping with Morocco’s historical rights. This was at a time when the Moroccan Sahara was still under Spanish control, no country other than Morocco had moved for the liberation of the region, and even before the Sahara question was tabled in the UN in 1963. The M’hamid al-Ghizlan speech incontrovertibly proves Morocco’s historical, legal and solemn ties to the Sahara.

History aside, since the Sahara’s effective reunification with Morocco in 1975 following the historic Green March, Morocco has left no stone unturned to develop the region. It has heavily invested in physical infrastructure in the Sahara, made the region a tax free zone, boosted agriculture, aquaculture and other economic sectors under a separate regional budget, and empowered local governance through the election of local municipal and regional councils.

Additionally, Morocco’s Autonomy Plan for the Sahara submitted to the UN in 2007 remains the most credible option to resolve the dispute over the region once and for all. Under the plan, the Sahara region will benefit from massive devolution of powers to local elected bodies that will independently manage all affairs within their jurisdiction under the overall sovereignty of Morocco.

In fact, the South American nation of Chile saw its National Congress vote overwhelmingly in favour of Morocco’s Autonomy Plan for the Western Sahara this week. This adds to the growing list of countries that are slowing coming around to Morocco’s position on the Sahara. And with Morocco returning to the African Union in January 2017, the Polisario is certainly feeling the heat.

For, Morocco has decided to abandon its empty chair policy and assertively counter Polisario’s propaganda in all international forums. As part of this new approach, Morocco wants the Sahara to serve as its bridge to continental Africa. And it is in this context that Polisario’s moves in Guerguerat become clear.

The separatist group wants to block Morocco’s only land access to continental Africa, thereby creating a physical and psychological barrier to Morocco’s growing engagement with Africa. But this strategy of Polisario is bound to fail. This is because Morocco today has not only returned to the African institutional family but has also invested heavily in shared prosperity with sister African nations.

Morocco is the top investor in sub-Saharan African nations and the second biggest investor on the continent. Besides, Morocco is at the forefront of addressing African challenges in food security, sustainable development, climate change, poverty alleviation, energy security, healthcare and universal education. It is also in the lead in fighting transnational terrorism, viewing this as a problem of economic deprivation and religious extremism.

Thus, there is no way Morocco can be separated from Africa. Morocco is and always was African. And it is meaningless for anyone to try and challenge this fact.