The King And O: Al Qaeda Shifts To Africa, But Is Obama Listening?

Is our first African-American president ignoring Africa and thereby putting America at risk?

Today is the first-ever visit by Morocco’s king to the White House during the Obama years.  The press, which is consumed with ObamaCare’s roughly 100,000 web site sign ups and some 5 million projected insurance policy cancellations, should be paying closer attention to this historic visit by the Moroccan monarch.

Africa is increasingly important to America’s security—yet it has received scant presidential attention since President Obama’s headline-making Cairo speech. North Africa is now home to some 15 al Qaeda affiliates, according to U.S. government reports. Several al Qaeda factions attacked the U.S. diplomatic outpost in Benghazi, Libya on September 11, 2012 and murdered the U.S. ambassador and three other Americans, according to congressional investigators.

Islamic militants have carried out more than 1,000 attacks in Algeria, Libya, Tunisia and Morocco since 2010. Ansar Dine, another al Qaeda offshoot, conquered some 300,000 miles of northern Mali—prompting a French military intervention (with minimal American assistance).

The Polisario Front, an Algeria-based separatist group, has been assisting al Qaeda in the Islamic Maghreb (AQIM) in moving guns and men across the Sahara into Algeria and Libya. Ansar al-Sharia, an al Qaeda faction, has gained control of some 400 mosques in Tunisia, according to the National Interest magazine, and allied itself with one of major political parties there. Al Qaeda-linked militants recently attacked a shopping mall in Kenya while Somali groups have attacked American and allied shipping off of its coasts. Everywhere you look, Africa is becoming the new battleground in the War on Terror.

Yet the Obama Administration, above the career bureaucrat level, has paid little attention. Instead Africa is seen as a scene of Biblical disasters: droughts, floods, pestilence, disease and war.  The Administration sees Africa as a place to send aid money. Instead it is a new Afghanistan, where the U.S. has a strategic interest in fighting al Qaeda and boosting free trade ties. Today’s visit by King Mohammed VI, a key ally in the War on Terror and a bold reformer, offers a rare chance to reset America’s foreign policy.

The king is precisely the kind of African leader that the president should be should be lauding and working alongside. Morocco is America’s oldest ally in Africa. The 1786 Treaty of Peace and Friendship between these two nations was signed by Thomas Jefferson and John Adams, America’s longest unbroken treaty relationship.

The king, who directly supervises the kingdom’s military and intelligence agencies, has led efforts to combat al Qaeda across the region. Morocco foiled plots to kill Americans in Morocco and elsewhere and its intelligence officers have provided vital aid in interrogating North African detainees at Guantanamo. Its moles inside various al Qaeda factions have provided valuable information that, according to American intelligence sources, has literally saved lives.

The king has personally paid for the training of imams in Morocco and Mali, to promote non-violence and tolerance. In one innovative program, the king has underwritten efforts to train some 200 women religious leaders to coax believers away from radical Islam. His unique standing as “commander of the faithful” of his nation, a religious title, gives him the ability to direct religious instruction and preaching. This accomplishes far more than America’s Arabic-language broadcasts ever could.

And the king’s democratic reforms have been a rare bright spot on the continent. Under his leadership, Moroccan voters approved a new constitution in 2011 that specifically protects the rights of Jews, Christians and other religious minorities and included strong new protections for the rights of women. More importantly, Morocco became Africa’s first constitutional monarchy, ceding power to an elected parliament on all domestic affairs. Multi-party elections have become commonplace in the past decade at the local, regional and national levels. And a free press freely covers the political melee.

Meanwhile, Morocco has signed a number of free-trade agreements with America, the European Union and a clutch of sub-Saharan African states. Morocco has reformed, deregulated and privatized its banking, pharmaceutical and telecommunications industries—creating strong economic growth.

In short, Mohammed VI seems to be among the very few Africa leaders adopting the vision that President Obama laid out in his Cairo speech.

It is time that America hit the “reset button” with Africa. When President Obama and King Mohammed VI sit down, they can begin work on countering al Qaeda through both classic counterterrorism and the king’s unique civil society efforts promoting religious instruction among imams, scholars and women leaders as well as encouraging free trade and economic growth across the continent.

If the president and the king can become partners, both African and American lives could be saved. And it would give Obama an African legacy he currently lacks. 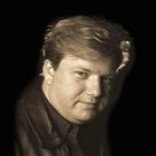