The Truth About the Polisario Front

The truth is that the Polisario is not the “sole legitimate representative” of the Sahrawi people, nor does it best represent their interests.

As UN Envoy Chris Ross concludes his visit to the region in yet another attempt break the decades-old deadlock over the status of Western Sahara, it is time again to take a hard look at the one party to the conflict that refuses to compromise: The Polisario Front.

The Polisario Front likes to represent itself as the “sole legitimate representative” of the Sahrawi people and the exclusive political arm of a fictitious state called the “Sahrawi Arab Democratic Republic (SADR).”  Despite this lofty claim, it fails miserably in these pretentions.

It is unclear who the Polisario truly represents beyond its own cadres. What is clear is that the Polisario is not who it says it is.

The truth is that the Polisario is not the “sole legitimate representative” of the Sahrawi people, nor does it best represent their interests.

In the first instance, the great majority of the people belonging to the various Saharan tribes that people generally refer to as “Sahrawis” are not sequestered in the well-patrolled confines of squalid refugee camps in Algeria under Algerian and Polisario control.

To the contrary, several hundred thousand Sahrawis are living perfectly normal lives; working, sending their children to school and regularly voting in free and open elections in Morocco for their own local officials and their representatives to the Moroccan Parliament.  Further, those Sahrawis who are not in Morocco, or being held hostage in the Polisario camps, are largely either in Mauritania or scattered in Spain and other parts of Europe and would not for an instant recognize that the Polisario Front represents them in any manner or consider themselves citizens of the Polisario’s pretend state. 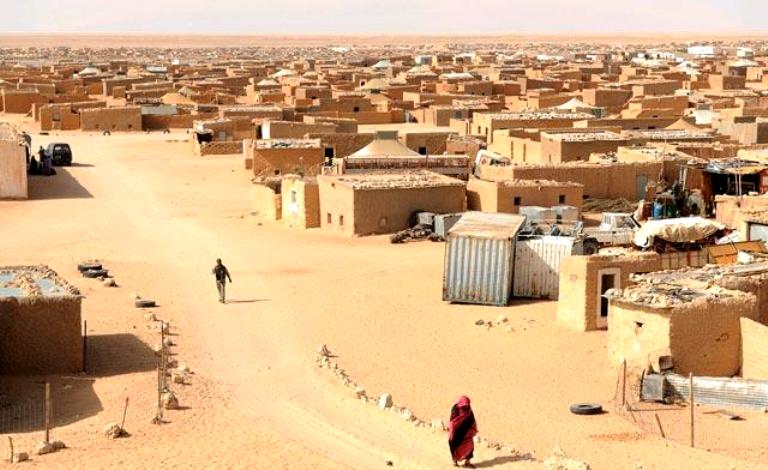 As for the interests of the Sahrawi — the truth is that the Polisario operates as a one-party dictatorship under the rule of Mohamed Abdelaziz, who was elected secretary-general and “president” in August 1976 and has reigned as sole leader for more than 37 years.  Independent political parties, associations, and civil society groups are forbidden in the camps, and Sahrawis under Polisario Front control there are denied the most basic rights

Over the past decade, some 7,000 Sahrawi refugees have “voted with their feet” and fled the dismal conditions of the Polisario-run camps near Tindouf, Algeria to return to Morocco. Not exactly a vote of confidence in the Polisario’s leadership.

As a result, thousands of Sahrawis have fled the camps over the past decade, abandoning the Polisario cause. Whether it was because they came to believe that the Polisario no longer genuinely represented their interests, because of the terrible conditions in the refugee camps, or because they came to understand that it was increasingly less likely that the Polisario leadership under Algeria’s control would ever bring the Western Sahara issue to a conclusion, 7,000 refugees have “voted with their feet” and fled the camps to return to Morocco.  Not exactly a vote of confidence in the Polisario’s leadership.

In the end, it is unclear who the Polisario truly represents beyond its own cadres and the regional ambitions of the Algerian government which sustains them. What is clear is that the Polisario is not who it says it is.