Is the United States Abandoning its Alliance with Morocco? 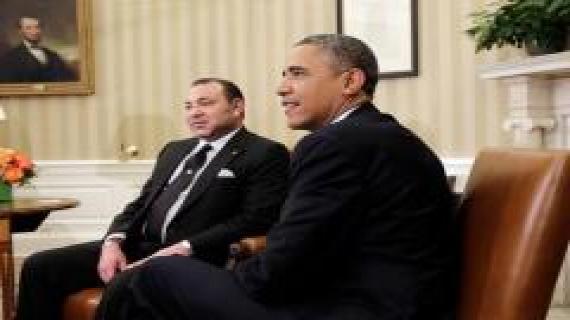 The Moroccan-American relationship is going through one of its worst periods since the Treaty of Peace and Friendship was signed in 1787.

While observers thought that Washington’s lack of support for Morocco in the Security Council in April was only a passing cloud, the U.S. State Department’s annual report on human rights in Morocco came along to add insult to injury. The report gives a grim picture of human rights in Morocco. This reflects America’s double standard in dealing with countries it considers among its “strategic allies.”

This policy goes in line with Obama’s foreign affairs orientation, which has alienated many allies, such as Saudi Arabia. All current indications attest to the fact that Washington is letting down a strategic ally that helped it significantly during the Cold War through the use of oil as a weapon to weaken the Soviet Union.

That Morocco – which has always considered the United States one of its main allies – denounced the Department of State’s report with scathing language and summoned the U.S. Ambassador to Rabat means that the relations between the two countries have entered a new phase that is fraught with risk.

The dark image the report drew about human rights in Morocco shows three principal points: First, the statements the U.S. administration made during meetings with Moroccan officials were mere camouflage. Second, the current U.S. administration most likely had the intention to use the report’s findings to revive its 2013 proposal to the Security Council, which called for the establishment of a mechanism to monitor human rights in the Western Sahara and Tindouf camps.

Third, the American administration bases its human rights reports on organizations known for their hostility to Morocco, especially the Robert F. Kennedy Center for Justice and Human Rights. Led by Kerry Kennedy, this organization is infamous for fabricating reports that have nothing to do with reality to defend the positions of groups it supports. An example that illustrates its lack of credibility is that Kerry Kennedy once worked with a law firm in New York to write fake and anonymous reports in order to extort money from oil company Chevron. After a two-year investigation, a New York court concluded that Kennedy’s allegations against Chevron, which she published in U.S. newspapers, were false and based on false reports of which Kennedy was fully aware.

The U.S. policy of double standards in regards to Morocco

To many observers, the United States’ ambiguous position with regards to the Western Sahara is surprising. Never before has Washington taken such a hostile position in total disregard of its strategic alliance with Rabat. A review of the statements released during the last seven years by U.S. officials shows they all emphasize that the U.S. position on the Sahara issue has not changed: the United States considers the Moroccan autonomy plan “realistic, serious and credible” and describes it as providing “ground to reach a consensual political solution.”

However, these positive statements did not prevent the U.S. administration from proposing the aforementioned draft resolution in 2013. Following the friction caused by the draft resolution, Washington returned to using the same statements in which it hails the “credibility and realism of the Moroccan plan.” What many observers overlooked is that those statements were mere camouflage used by an American administration that does not sympathize with Morocco and does not consider it one of its priorities. Many officials in Obama’s second presidential term are well-known for their sympathy with the Polisario.

Susan Rice, who proposed the draft resolution to the Security Council in 2013, became National Security Adviser; John Kerry was appointed Secretary of State; and Samantha Power was made U.S. Ambassador to the United Nations. These officials are not only known for not sympathizing with Morocco, but also for their support of the Polisario. For example, Kerry submitted a request to Congress in 2001 calling for Sahrawis to exercise self-determination.

In light of the new orientation of Obama’s administration, it is unlikely that relations between the two countries will revert back to normal and that the bonds of mutual trust will be restored. Therefore, Morocco has realized that no good can be expected from the current U.S. administration.

A cloud that may unfold with the change of the U.S. president

It is important to note that American positions on a range of issues often change with the arrival of a new president. This means that Morocco cannot renounce its strategic alliance with the United States altogether or give up efforts to reverse or neutralize its position on the Sahara. The United States is the most influential country in the United Nations, and none can downplay the positive or negative role it can play in the Sahara issue.

Although predictions say that Hillary Clinton is likely to be the next U.S. President, Morocco should draw lessons from its experience with the current administration, and not consider American officials’ sweet talk as support regarding the Sahara. Despite all these statements, the U.S. has not taken any clear action to translate such talk into actual support for Morocco. Had there been real will to support Morocco, things would have not reached this level of uncertainty and distrust, and Washington would have not taken positions hostile to Rabat.

The distinguished relationship between Clinton and King Mohammed VI does not necessarily imply that she will provide unconditional support to Rabat. American politics are complex and the decision-making process is determined by many political and economic considerations. Many foreign policy decisions are based on studies carried out by think tanks that serve as guidance for American policy-makers. Therefore, Morocco should deal cautiously with the next U.S. administration. Moroccan officials should reach out to various stakeholders and influential figures in decision-making circles in Washington. Moreover, Morocco should keep track of all the studies that shape American foreign policy and its priorities. Any future Moroccan policy regarding the United States must be built on accurate data and according to the orientations of the U.S. administration.

Morocco should also handle the current friction while being mindful of the importance of the United States on the world stage. Morocco should not deal with this country the same way it can with France or Spain. While Morocco is an integral part of the economic policies of these two countries, as well as their national security, this does not apply to the United States, which does not consider Morocco a priority in its foreign policy.

New American foreign policy shifts require a full mobilization of all Moroccan stakeholders, including universities and research centers, so as to understand their implications and explore the best way to enable Morocco to deal with them proactively.