For some years now I have been trying fruitlessly to persuade my former colleagues at the State Department, and anyone else who would listen, that the status quo in the Western Sahara was not sustainable. If you don’t fix it, I would argue, or learn how to manage it much better, it is going to pop, probably sooner than you think.  But, difficult to persuade people that any given set of circumstances that has endured for nearly 30 years is in any real danger of coming undone tomorrow or soon. Inertia. So comforting. Most people and most states depend on it for things large and small. It makes life, the world and all its many affairs seem, from one day to the next, so much more manageable and predictable.  And true enough, bodies in motion tend to remain so and those at rest largely stay that way. But, it’s most often the third law of thermodynamics that eventually upsets the applecart. All systems run down over time. And in Western Sahara, it looks like the system is, predictably, running down.

This obscure, leftover, Cold War, out-of-sight dispute has been simmering on the back burner of the world stage since the United Nations settled a ceasefire there in 1991. The ceasefire came after a shooting war of 16 years that also caught little attention in the world of the 70s, 80s, 90s preoccupied with bigger war and peace issues. It was largely viewed as just another African proxy war between a steadfast Western ally, Morocco, and a communist “liberation front” backed by the usual far left travelers of the day: the USSR, Cuba, Libya, Algeria, etc. There didn’t seem to be any vast quantities of oil or gas or diamonds or other precious minerals at stake in the outcome and so it got the attention that came with the perceived stakes. Meaning, not much.  Especially so after the end of the Cold War when everyone was giddy about the seemingly bright prospects of global peace and prosperity, and the end of history, ideology and all those other bothersome ills.

Then came 9/11. The daily threat of international terrorism breaks out of the Middle East and visits itself on our comfortable shores and those of our equally comfortable allies in Europe. Its bases grow and spread and implant themselves from the Middle East into South Asia and eventually into East and North Africa as well. It turns the societies of the regions topsy turvy beginning with the Arab street rebellions of 2011, then spreads and begins to settle in globally, threatening a long period of permanent confrontation with an enemy we barely understand and seem unable to contain in anything other than a whack-a-mole way.

Well, another mole has popped up in the larger Maghreb (or if you prefer, the Sahara/Sahel).  It is taking root there and we are having very limited success in giving it a good whacking.

A not insignificant reason why we are doing so poorly at whacking this particular variety of mole is that the two most capable states in the region, Morocco and Algeria, seem unable to come to terms over this nasty little problem in Western Sahara. They barely talk to one another unless it’s to heap mutual blame and accusation in various media outlets at home and abroad. Cooperation against the hardening jihadist movements of the Maghreb seems clearly beyond reach as long as this goes unresolved.

But rather than Western Sahara moving any closer to a resolution, it now seems poised to further degenerate into what is threatening to become a renewal of active hostilities.  That prospect will only play into the hopes, dreams and plans of the various jihadi groups already well installed there and licking their chops at the prospect of yet more chaos and violence for them to take advantage of. Nature may abhor a vacuum, but jihadis thrive in it.

So what is all the fuss about at the moment in Western Sahara?  It comes down to this – the Polisario is attempting to turn the neutral buffer zone under UN control established by the 1991 ceasefire into a permanent Polisario military outpost and subsequently move large numbers of refugees into the zone and declare it “liberated” territory. This is a clear violation of the terms of the ceasefire. So far, the reaction of the Security Council and its heavyweight members seems inadequate to the circumstances. As a kind of wake up call, senior Moroccan foreign, security and military officials, as well as other  prominent political leaders, have been shouting that if the United Nations cannot or will not enforce its own ceasefire and move the growing Polisario military units out of the neutral buffer zone, then Morocco will have to assume responsibility for its own security in the region and do what it deems necessary. That seems a pretty clear message.

The Moroccan Foreign Minister is in town this week, presumably in an effort to persuade the State Department and others in the US Government that its long attachment to the status quo in Western Sahara and its lack of resolve in dissuading the Polisario from dangerous provocations has emboldened them and led to present circumstances where Morocco may need to act unilaterally if the Security Council cannot muster more spine. He has my wholehearted support in trying to get that message through to anyone willing to listen in whatever is left today of a functioning US foreign policy mechanism. I presume there remain some of my former professional colleagues still hanging around at State who know where Western Sahara is located and might have some idea of what the problem is all about.  They need to listen closely to this message. The status quo is not sustainable in Western Sahara. Any outbreak of hostilities in the region under present circumstances runs a serious risk of getting quickly out of hand. Controlled escalation scenarios are not the general order of battle planning in the Middle East and North Africa.

The United States has a perfectly good declaratory policy on Western Sahara – autonomy for the people of the region under Moroccan sovereignty with the details to be agreed among the Parties to the dispute.  Morocco has put forth such an initiative. Three US Administrations have declared it “serious, credible and realistic.” It is time to put some deeds behind those words and make clear that this is the one and only way forward, and that the United States will not entertain other solutions. Especially not military solutions. This needs to be said publically, as well as privately if we expect it to be believable. This has simmered long enough. We need to act now before it boils over. 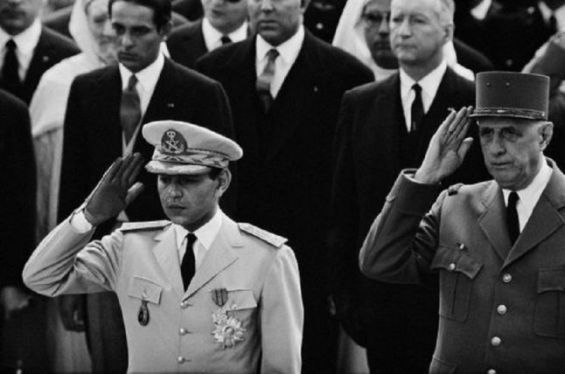 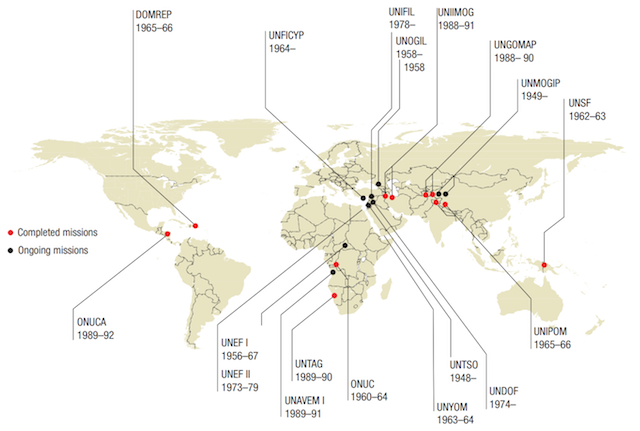