Western Sahara: Why Morocco Should Not Trust Sisi’s Regime

Moroccans were taken aback over the weekend by news that Egypt welcomed a Polisario delegation and allowed it to take part in the Arab-African Parliamentary Congress, held on the 150th anniversary of the Egyptian parliament.

Rabat has not yet issued a statement regarding Cairo’s move, but the news elicited the disapproval of Moroccans, who called on their government to demand a clarification from Egypt. The event was described by the Algerian website Echourouk as a “slap in the face of Morocco.”

Osama Heika, Head of the Egyptian Parliament’s Media, Culture, and Antiquities Committee, denied that his country has extended an invitation to a delegation of the self-proclaimed Sahrawi Arab Democratic Republic to participate in the event. Yet, the Egyptian official said that his country was only the event’s host country and had no power to decide who should be invited to participate in it.

This rambling statement does not stand up to scrutiny and fails to convince Moroccans that Egypt is still loyal to the position of support for Morocco’s position on the Western Sahara.

As a host country, Egypt does, indeed, have the power to decide who can enter it and who is not entitled to do so. In this case, since Egypt is aware of Morocco’s position and of the position of the African parliament, it could have requested that the Polisario be excluded from participating in such a gathering.

That Egypt allowed the Polisario to participate in such a meeting and display the flag of its self-proclaimed republic means that Egypt is sending ambiguous signals with regards to its foreign policy orientations, and that it is also using this event to play off the rivalry between Morocco and Algeria.

The Egyptian move is in stark contradiction with the position of support that Egypt adopted during the unprecedented tension between Rabat and the United Nations Secretariat in March, following Ban Ki-moon’s statement describing Morocco’s presence in the Western Sahara as “occupation.”

During that crisis and the negotiations that preceded the adoption of Security Council Resolution 2285 to renew the mandate of the UN Mission in the Western Sahara (MINURSO), Egypt, alongside Spain, Senegal and France, played a prominent role in preventing the Security Council from siding with Ban Ki-moon.

Egyptian Foreign Minister Sameh Chokri reiterated the same position of support to Morocco during a meeting with a delegation of Moroccan media professionals in Egypt in May.

However, the position that Egypt adopted during the 27th summit of the African Union indicates that its support for Morocco is not as resolute as it claims. Following the letter that King Mohammed VI sent to the AU summit held in Kigali in July, 28 countries submitted a motion to the AU secretariat calling for the suspension of Polisario’s membership as a first step to enable Morocco’s return to the organization. Although Egypt reiterated its support for Morocco a few months earlier, it has shied away from signing this motion.

Moroccan media widely commented on that abstention, with many observers expressing their incomprehension of Egypt’s position on the Western Sahara.

The move is reminiscent of Egypt’s gesticulations in 2014. While Morocco had adopted a neutral stance regarding Sisi’s rise to power, and issued a statement to recognize him as Egyptian President, it was the target of an unprecedented wave of attacks from the Egyptian media.

Media outlets close to Sisi labelled Morocco as the “hub of sorcery, prostitution, as well as among the countries affected by HIV.” To add insult to injury, al-Azhar said the day of Eid El Fitr in Morocco was invalid. While Egyptians were singling out Morocco on a regular basis, an Egyptian delegation visited the Tindouf camps in June 2014.

To ease the tension that this series of provocations caused, President Abdel Fattah Sisi sent a letter to King Mohammed VI in January 2015 and dispatched his Foreign Minister, Sameh Chokri, to Rabat. During the meeting, the Egyptian Minister reiterated his country’s support for Morocco’s territorial integrity.

However, it seems that this statement was neither sincere nor rooted in a consistent foreign policy orientation. The presence of a Polisario delegation on Egyptian soil indicates that Cairo’s support for Morocco is contingent on several factors that have to do with Morocco’s domestic policy and its positioning on the regional and global stages.

A number of factors can help explain Egypt’s inconsistent position with regards to Morocco’s territorial integrity. The first factor is the deterioration of relations between Egypt and its Gulf backers, especially Saudi Arabia, who have recently expressed strong support for Morocco’s position on the Sahara in the GCC-Morocco Summit held in Riyadh last April. Saudi Arabia was the main supporter of Sisi when he toppled former President Mohammed Morsi. Soon after he took power, Sisi has enjoyed the financial and political support of the Gulf monarchies.

However, the positions that Egypt has adopted in recent weeks towards Saudi Arabia have alienated the Saudis. Relations between the two countries became sour when Egypt sent a delegation to participate in an event organized in Chechnya under the aegis of Russia in September. The event addressed the issue of Salafism and terrorism. Speaking during the conference, the Grand Imam of al-Azhar, Sheikh Ahmad al-Tayeb, said that Salafism or Wahhabism, the religious doctrine practiced in Saudi Arabia, “is not part of mainstream Sunni Islam.”

This move was followed by Egypt’s vote in favor of a draft resolution on Syria submitted by Russia to the Security Council. The Egyptian vote angered the Saudis. Riyadh reacted immediately by stopping its supply of oil to Cairo.

Taken in this context, Egypt’s welcoming of a Polisario delegation can be understood both as a provocation for Morocco and its Saudi ally, as well as a calculated move to please the Algerians. After Riyadh cut its oil supply to Cairo, Egypt is in urgent need of a replacement. Since the Egyptians know the rivalry between Morocco and Algeria, they found no better card to play off this rivalry and get closer to Algeria and its oil than welcoming a Polisario delegation.

The second factor that has arguably pushed Egypt to welcome this delegation is the presence of an Islamist party at the helm of the Moroccan government. Sisi came to power after he toppled a President from the Muslim Brotherhood, who was democratically elected. This explains why he is so sensitive towards Islamists, including Morocco’s Party of Justice and Development, which Sisi’s media consider as an “offshoot of the Muslim Brotherhood.”

The election of Morocco’s Islamist party for its second consecutive term comes as a rebuke to the Egyptian vitriol against Islamists and their inability to rule. By embracing the Polisario, Cairo conveys its displeasure to Morocco for allowing the Islamist party to be in power for five more years. Perhaps Sisi was expecting Morocco’s king to intervene in the elections and prevent the Islamists from being in government again. But Morocco has chosen a different way and has embraced the path of democracy.

The fluctuations that have characterized the relationship between Morocco and Egypt since July 2013 and Sisi’s shifting positions toward Cairo’s traditional allies demonstrate that this government cannot be relied upon to provide unwavering support to Rabat in the future. That Sisi has turned his back on countries that have poured billions of dollars to bail him out proves that his regime cannot be regarded as a strategic ally for Morocco.

As such, Rabat must look for other alternatives to secure its position with regards to the Sahara and offset Egypt’s defection. King Mohammed VI’s visit this week to Rwanda, Ethiopia and Tanzania goes in the right direction and has the potential to allow Morocco to bolster the support it needs to face Algeria and its new ally. 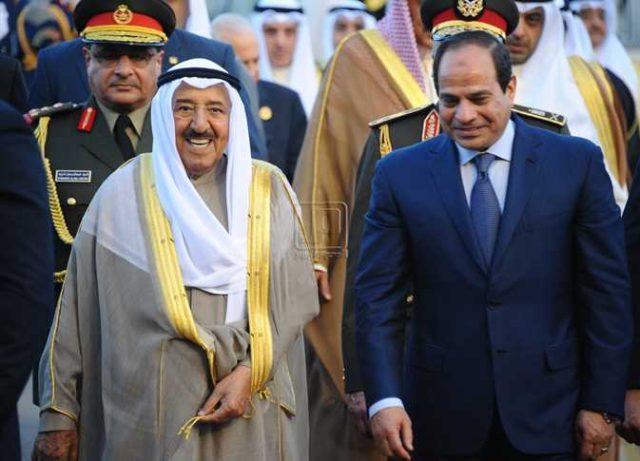 Algeria, France, Egypt Scheming Against Morocco, Who is next?
31 January 2015

Egypt- Algeria Alliance: Not on Morocco’s Back
06 January 2015