Amidst great distress in the Sahrawi camps of Tindouf, thousands of Sahrawi refugees obstructed the procession of the United Nations Secretary General, Ban Ki-Moon, during his visit to the Samara Camp, in the Tindouf camps, on Saturday, March 6th, creating unexpected chaos and anarchy. The uncontrollable flood of people wanted to hand letters to Ban Ki-Moon asking for “refugee status,” according to Moroccan news website Hespress. 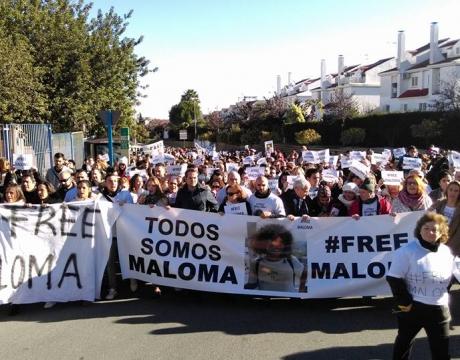 Human Rights Watch (HRW) has called upon UN’s chief Ban Ki-moon to intervene in order to free the three Sahrawi women held against their will in Tindouf camps, during his upcoming visit to the Camps, located in Southwestern Algeria.

In a newly published article in the Hill, Kenneth Roth, Executive Director of Human Rights Watch and Ahmed Benchemsi, Communications Director for the MENA region at the same NGO, demand the boycott of Morocco.

The deafening silence of some international human rights NGOs on the barbaric and unjustified crimes committed by pro-Polisario trouble makers during the dismantling of the Gdim Izik camps near Laayoune in southern Morocco on November 8, 2010 is raising several questions.

Human Rights Watch betrays itself in its own report
Nov 01

US-based Human Rights Watch (HRW) has unveiled its true face in the latest report it just published on the situation of human rights in the Polisario-controlled Tindouf camps.

Over the past couple weeks, I’ve criticized Human Rights Watch (HRW) for conducting human rights research and advocacy subjectively through the lens of politics rather than though an objective, fact

Human Rights Watch (HRW) called on the Polisario to allow the young Sahrawi women Mahjouba Mohamed Hamdidaf, held in captivity in the Tindouf camps, to exercise her rights of freedom and movement.