When Algerian Pres. Uses Warmongering Rhetoric against Morocco To Consolidate His Legitimacy 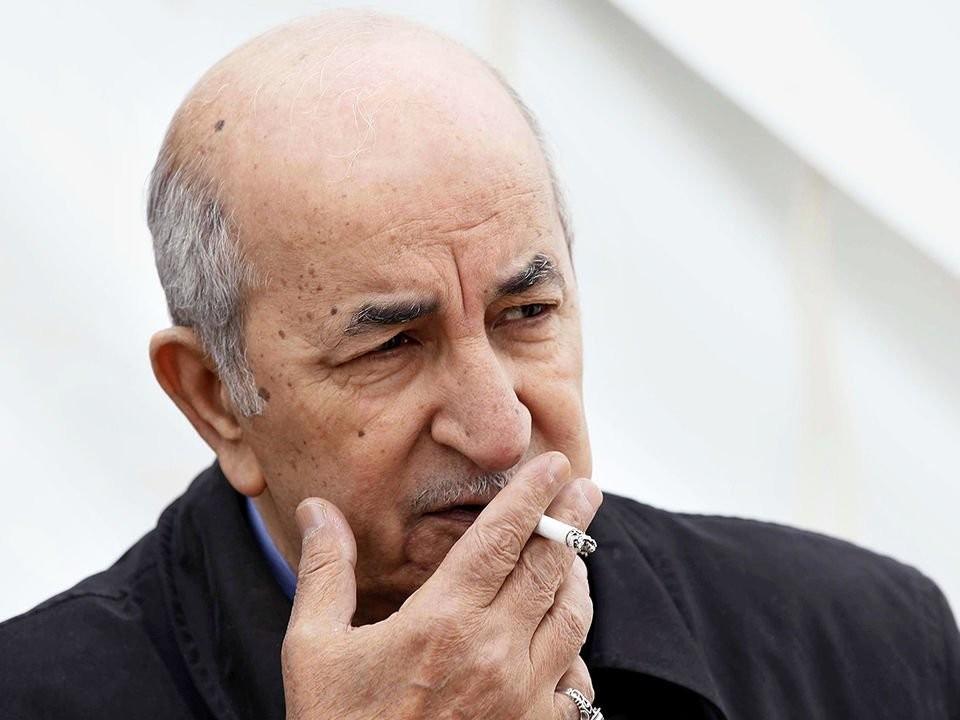 Never without my generals! This is the subliminal message on which the Algerian President Abdelmajid Tebboune built the longish interview granted to the French magazine "Le Point", with a strong warmongering rhetoric against Morocco, his only leitmotif to stay in power.

Following the hagiographic introduction by the Algerian journalists who carried out this publicity campaign/interview illustrated with a full-page portrait of "Raiss", Tebboune's responses did not conceal the unease of an unpopular president in front of the street anger that nothing seems to stop, except the re-establishment of civil order in the country with real democratic institutions.

"The country was on the brink of the abyss. Fortunately, there was a popular movement, the authentic and blessed Hirak", he told his interlocutors or was he been sarcastic, suggesting the image of a country at the forefront of democracy, while no less of 200 political prisoners of the same Hirak and dozens of journalists and activists languish in the jails of El-Harrach and in secret detention and torture centers run by the army.

President Tebboune went on with his delirium which is symptomatic of his advanced senescence, by specifying that he was "the candidate of the people and of the youth", forgetting that at his age (75 years) he should hand over the job to someone else, knowing that this youth on behalf of which he is speaking today demands a new political order and a real democracy, far from this soporific discourse of gerontocratic people whom are still thirsty for power.

About this democracy, Tebboune did not hesitate to defend the virtues of the single party, "a presidential party" that he plans to create "later", because in his eyes the political formations of today "are not representative" of the popular will of Algeria. In other words, "the people are me" similar to Louis XIV's absolutist formula "the state is me", with an Algerian adaptation "me and my generals".

Then comes the international part of the interview where the Algerian president dreamed of himself as a philanthropist, going on a full bluffing mode by enumerating, for example, the immeasurable and incomparable "expertise" of his country in the counterterrorism fight "which has saved France, Belgium and others from tragedies", before he quickly realizes the extent of his stupidity, claiming to want to remain "discreet" on the subject, "Because it is a question of safeguarding human lives in Europe and everywhere".

He forgets that this same magazine and many others have made long reports on Algerian terrorists including Abdelmalek Droudkel and Mokhtar Belmokhtar who scoured the sub-Saharan desert and the very last Abu Oubeida Youssef al-Annabi, the current emir of the terrorist organization Al-Qaeda in the Islamic Maghreb (AQIM) for whom bounty hunters are offered by the United States no less than $ 7 million.

There is also Iyad Ag Ghali, leader of the group known as "Ensar Eddine", at the origin of the assault on Bamako in 2013 and which triggered the French military operation "Serval", then the former lieutenant of Mujao Adnan Abu Walid al-Sahrawi, who is none other than a former Polisario mercenary. In short, the list is long and there is plenty of proof about the terrorists' proven connections with the Algerian secret services.

Fleeing the angry questions, in particular those which risk to unleash the wrath of the generals whom are always very close, President Tebboune then went off at a tangent towards the subject "Morocco", his comfort zone in which he pours his frustrations and drowns his sorrow.

Addressing what he called "the break with Morocco", the Algerian president engaged in a puerile chest-pumping exercise in a ridiculously obsequious and servile posture in front of his generals, before embarking on warmongering discourse by accusing the Kingdom of all evils, without the slightest proof.

The same treacherous and poisonous spleen was vented through his innuendo full of resentment and disdain and his cries of rage unworthy of a head of state against the sacred institutions of the Kingdom when he answered a question about the Moroccan Sahara.

What to say after so much rambling? In a rule of law where the institutions and the people are respected, an interview as calamitous as that with which "the beloved" President Tebboune gratified his readers deserves a public trial. In the meantime, let's keep our borders closed, a shield against all deviations from the East!